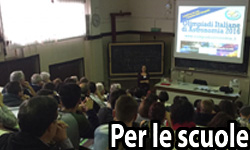 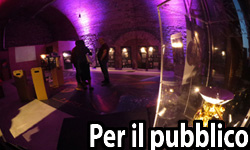 
Abstract: Rome’s artistic, architectural, and cultural history is well known and has influenced the whole world for almost 3000 years. Much less known but no less significant is the importance of astronomy in Rome over the centuries. Astronomical studies have been carried out in the city since the time of Ancient Rome, producing important contributions such as the Julian Calendar promulgated by Julius Caesar in 46 B.C.E. Astronomical studies were also carried out in the “Eternal City” during the Medieval Age. But the greatest development began during the Renaissance when mathematicians and other scientists, along with artists and philosophers, arrived at the Court of the Popes. The most important astronomical product has been the calendar reform that took place under Pope Gregory XIII, who gave a great impetus to this project by calling astronomers and mathematicians to Rome to work on it. Gregory XIII also built an observatory in the Vatican called the Torre dei Venti and, in those same years, the Collegio Romano was established in Rome and Christopher Clavius joined it in 1564, teaching mathematics and astronomy. In the seventeenth century, Rome was home to two of the most important lens factories in Europe: one run by Eustachio Divini and the other one by Giuseppe Campani. Between 1600 and 1800, several astronomical observatories were established in Rome, most of them as part of religious institutes devoted to educational activities but also including private observatories built by rich and cultured members of the Roman nobility. The most important observatories were the Astronomical Observatory of the Collegio Romano and the Astronomical Observatory of Campidoglio which reached, with respectively Angelo Secchi and Lorenzo Respighi, the highest level of astronomical research in that period. In particular we remember Angelo Secchi as the father of modern astrophysics and stellar spectroscopy. In the first half of ‘900 the astronomical research in Rome has been carried on at the Astronomical Observatory of Rome (since 1938) and, after the second world war, astrophysics research grew in importance thanks to Livio Gratton who founded the new Laboratories in Frascati. In this seminar I will review the history of astronomy in Rome in the last 450 years.


Abstract: Star formation in our Galaxy typically occurs in low and intermediate-mass environments counting a few 102, 103 stars. However, a few more extreme star forming environments exist, where hundreds of thousands to millions of stars form in dense regions, often in single events of star formation. Often called “starburst regions”, they are quite rare in our Galaxy today, with a few examples known, while they are common in galaxies experiencing epochs of intense star formation activity (such as interacting galaxies) and in the early Universe. With a distance of 3.87 kpc from the Sun, and an estimated initial mass of 52000 solar masses, Westerlund 1 is the closest starburst cluster to the Sun. It offers the unique possibility to study star and planet formation, the early stellar evolution and the physics of compact objects in a starburst environment. In this talk I will present the EWOCS project (Extended Westerlund One Chandra, and JWST, Survey) which is based on a 1Msec Chandra/ACIS-I Large Project, oncoming JWST observations of Westerlund 1, and other data at high spatial resolution (GEMS/GSAOI, HST, etc…). I will discuss the objectives of the project, present the status of the art of data analysis and some preliminary results.

Abstract: Star formation is a multi-physics, multi-scale process. the physical scales that are involved vary by 10 orders of magnitude, from the size of entire galaxies down to the size of the Solar system. The physical processes that are involved include gravity, turbulence, magnetic fields, radiation, chemical reactions, and cooling and heating processes. This multiplicity of processes and scales can generate a significant amount of scatter in the outcome of star formation from galaxy to galaxy and from region to region within galaxies, in particular in terms of key quantities such as the stellar initial mass function (IMF), the star formation rate (SFR), and the star formation efficiency (SFE).I will present an overview of the current status of observations for the IMF and the SFR in the Milky Way and in nearby galaxies and discuss theoretical models and numerical simulations that attempt to reproduce these observations. I will also briefly discuss how the morphology of star forming regions can help us understand how these regions have assembled and how the morphology correlates with the SFR.

Abstract: The emergence of the three-dimensional structure of the cosmic web over the history of the Universe displays very distinctive features when observed in X-rays, where both the most massive collapsed structure (clusters of galaxies) and the most energetic events in the life of galaxies (AGN and Quasars) reveal themselves unambiguously.
The next generation of wide-area, sensitive X-ray surveys designed to map the hot and energetic Universe will be heralded by eROSITA (extended ROentgen Survey with an Imaging Telescope Array), the core instrument on the Russian-German Spektrum-Roentgen-Gamma (SRG) mission, successfully launched in July 2019. On December 13, after completion of its Calibration and Performance Verification phase, SRG/eROSITA has begun its four-years program dedicated to surveying the entire sky eight times in the energy range ~0.2-8 keV.
The high sensitivity, large field of view, high spatial resolution and high survey efficiency of eROSITA is bound to revolutionize X-ray astronomy: within just the first year of operation it will discover more new celestial X-ray objects as have been catalogued from 1962 until today.
I will present an overview of the instrument capabilities, the current status of the mission, the early science results and the expectations for the X-ray all-sky survey program and its planned followup programs.

Abstract: Mainly known as trailblazer of the spectral classification of stars and pioneer of solar physics, Angelo Secchi is one of the most brilliant and modern figures in the Italian and international scientific context of the second half of the 19th century. His background was in physics, but he was called in 1849 to became director of the Collegio Romano Observatory, where he applied early techniques of photography and spectroscopy in the field of astronomy. Driven by his wide scientific curiosity, Secchi explored many scientific domains, trying to find correlations between the natural phenomena and giving important contributions in all his fields of interest. This talk will outline his interesting profile of Jesuit scientist and illustrate his main scientific results, that had paved the way to current research topics and methods (not only in astronomy).

Abstract: Massive stars play a major role in driving the physical and chemical evolution of the galaxies because either they are the main responsible for the synthesis of new nuclei (including the long living radioactive ones, as Al26 and Fe60) and they inject enormous amounts of energy in their surroundings, favoring / inhibiting the formation of new stars. They are also  the parents of the neutron stars and stellar black holes that populate the universe, and hence they are also strictly connected with spectacular  phenomena like the Supernova  explosions, GRBs and gravitational  waves emission. In this seminar, I will  concentrate on the initial mass remnant mass relation, and on its   dependence on the metallicity and  initial rotational velocity, trying to  highlight the major sources of  uncertainty that affect the robustness of  this connection.